Cycling at the Triathlon

Saturday, 11th June didn’t start off too well … the forecast for good weather proved wrong and it was cold, overcast and pouring with rain. Despite this a team of Aspire volunteers gathered at Roundhay Park at 6:00am ready to set up the Aspire stall.

It was the Leeds World Triathlon Series and Aspire had been invited to be part of the Family Fun Day Expo. We had something special planned for the event: unveiling our new smoothie bikes, Aspire gazebos, flags and publicity material!

By the time the first race started at 8:00am we were ready to go. Not surprisingly, the smoothie bikes drew a lot of interest from adults and children alike. After all, how often do you get the chance to make your own smoothie by pedalling a bike attached to a blender? It wasn’t just spectators who wanted to have a go; we had a surprising number of Triathlon competitors using the bikes – after they completed their races!

Eventually the rain stopped and the weather improved dramatically. Race after race took place and, with the finish line only yards away, we were at the heart of the day’s action.

In all over 250 people blended one of their own smoothies from a choice of flavours: Fun to Run (strawberries and banana), Swim the Lake (kiwi and pear) or Pedal Power (apricot and yogurt). By 2:00pm racing had finished, medals had been handed out and we were ready to pack up our stall.

The Triathlon was an amazing event at which to try out the new bikes and they have already been booked for future events including Leeds Sky Ride. Thank you to all the people who use our service and staff who helped on the day or came along to support the event. 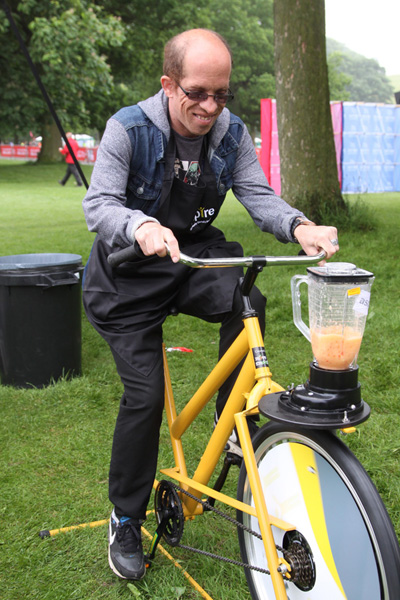 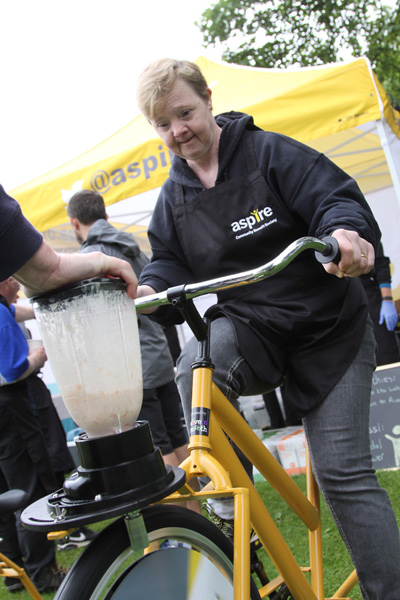 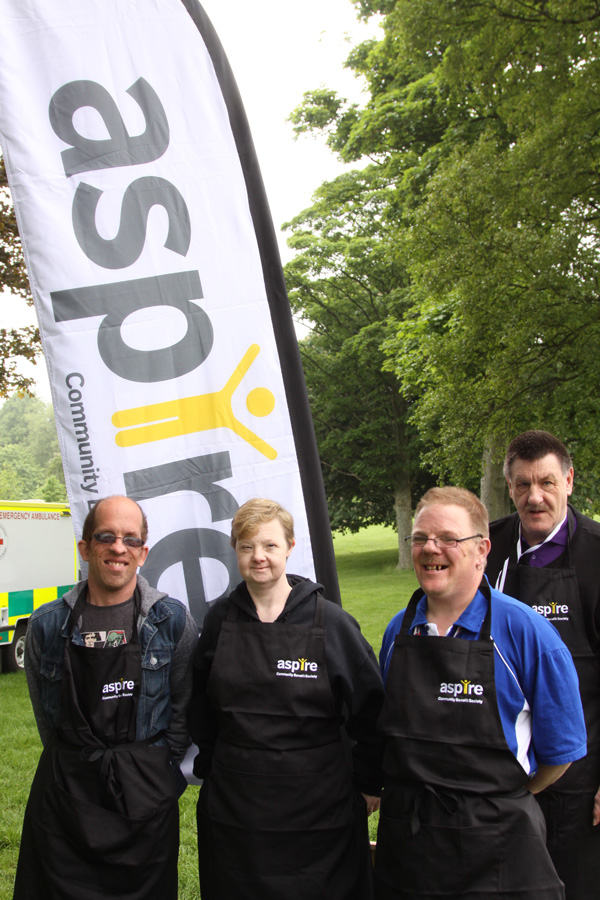 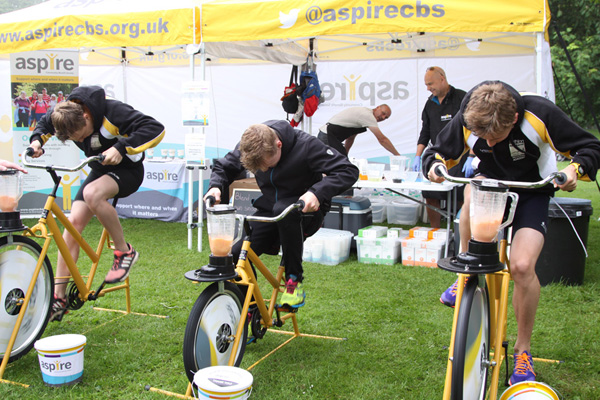 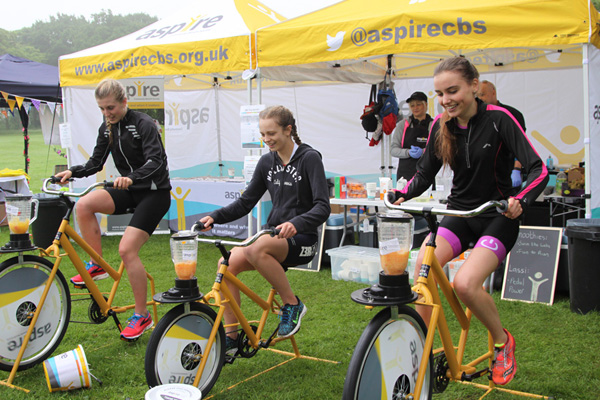