When Kate Henshall (one of our family carers) went shopping one day in 2015 she returned home with a pair of shoes, but these were no ordinary shoes. On impulse, Kate had picked up a pair of running shoes for the first time in her life at the age of 57! At the time, she had no idea how to get started so Kate asked her runner niece, Becky, for advice. Becky suggested an app called Couch to 5k and Kate began running. Over the following weeks Kate followed the programme and steadily built up her running time and distance until the cold, dark, nights of autumn set in. Then Kate’s running ambition came to an end …. for a while.

The following spring the running bug bit again and Kate started the Couch to 5k programme from the beginning. Once more she gradually built up her stamina but, with autumn approaching, she realised she would probably stop running again unless she set herself a target. That’s when Kate came up with the amazing idea of challenging herself to run at least 500 miles before her 60th birthday – that’s the distance from Leeds to Paris!

Now it’s not as though Kate has loads of time on her hands. She already works 4 days per week in schools with deaf children as a communication support worker for Leeds City Council. She’s also mum to Alice who lives at home with Kate and dad, Malcolm, and who uses our Farfield respite service and attends Bramley Day Service. Nevertheless, Kate set her sight on raising £2000 from her 500-mile challenge and generously decided to split this between Yorkshire Cancer Centre and Aspire.
Kate will be 60 in June 2018 and her birthday will be even more special because it will be the 25th anniversary of her undergoing major surgery and successful treatment for stage 3 cervical cancer at St. James’ Hospital. When Kate’s cancer was discovered she had 3 young children: Jack aged 8, Jess aged 6 and Alice aged 2 who had recently been diagnosed with cerebral palsy and deafness. She is the first to say that the support of their family, friends and neighbours helped get them through that dark time 25 years ago and “it seems fitting to say thank you for the brilliant care I received.”

Friends and family are behind Kate again which, together with her own steely determination to succeed, has seen her run the equivalent of all the way down England to the south coast and across the English Channel. Kate began her challenge in November 2016 and tries to run two or three times most weeks in her local area for about an hour. She tracks her runs on Strava.com and gives each a unique name such as ‘hard work’, ‘first fiver’ and ‘crossing the channel’. She has notched up 325 miles in total so far which means she has landed in France and is on track to ‘arrive’ in Paris well before her birthday.

We wish Kate the best of luck with her amazing challenge. 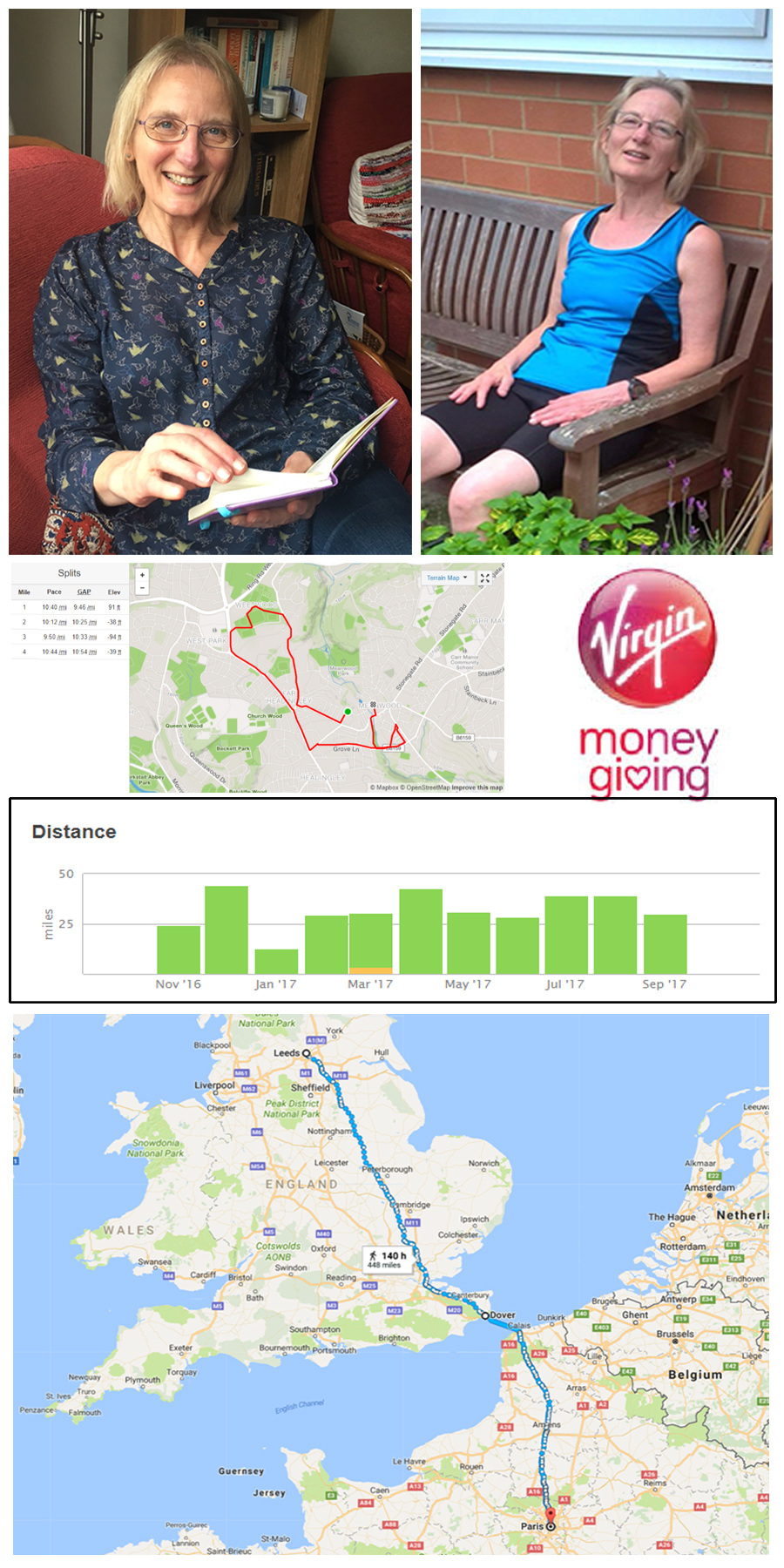