It was snowing on Monday, 21st February 1983. In fact, it was snowing so heavily that a young woman delayed her journey to the bank, and opted to shelter for a while in the Job Centre. Little did she realise that this decision would change the course of her life. Mary Broughton had intended to train as an auxiliary nurse, but on that snowy day, her attention was caught by an advert for a care assistant and she decided to apply.

A few days later Mary presented herself at Horsforth Adult Training Centre to undertake a day’s voluntary work. This was the first step in the recruitment process which gave applicants and manager a chance “to check out if they were suited to the job”. Mary wasn’t alone that day: June Pass and Maureen Trundley were ‘volunteering’ too. They were all offered interviews the next day and she still remembers one of the questions she was asked was “what’s your favourite hymn?” Her answer ‘How Great Thou Art’ must have been correct because she was appointed on the spot.

So began Mary B’s 32 years and 9 months career with our service. The following Monday Mary walked into her 27½ hour permanent post at Horsforth ATC. The manager, Maurice Baxter, gave the new starters a tour of the building explaining that: “everyone’s on first name terms here – I’m Mr Baxter.”

The first day didn’t go well. Mary and June were left alone in the main base room supporting 18 customers they had never met before. There was no induction, no support plans or risk assessments to refer to. Things didn’t get much better at lunch-time when all the day centre officers disappeared for their break leaving the new staff to cope alone. They were totally bemused when, at three o’clock, customers began putting on their coats and congregating in the entrance. All became clear when a minibus came up the drive. The driver (no escorts in those days) announced his arrival with a toot of the horn. He sat in the minibus puffing on his pipe as the customers climbed aboard (no seatbelts on buses either) and then, with a cheery wave, off he went down the drive, braking at the bottom of the hill to cause the door to slide shut with a thud.

By week three Mary was convinced she’d made a terrible mistake: “I was in the hall doing Scottish dancing and thinking, what the hell am I doing here?” That was until Stephen Bond chose to take part in the activity she was about to run rather than join in one of his regular activities. It was a breakthrough and Mary thought: “I’ve gotta stay”.

Two and a half years later both Mary and June were promoted to full-time day centre officers at Horsforth. The promotion came as a bit of a surprise because Mary thought she had failed her interview and was being sacked when the manager said: “I’d like to thank you for all the work you’ve done while you’ve been here”.

Reflecting on her long career Mary said: “I’ve worked with some fantastic staff and lovely customers over the years, in every room in Horsforth!” Choking back tears, punctured by her infectious laughter, she recalled many of her happiest memories including the famous Derbyshire Miners holidays. “The customers absolutely loved them and I was proud that our customers bathed, wore clean clothes and had their hair (and make-up) done every day – unlike many of the people being supported by other organisations across the country – they always looked smart.” Holidays in Kent were also popular though didn’t start well when, turning up at Hotel Leslie for the first time, she mistook the adjacent derelict building for the hotel!

Inevitably Mary has seen a lot of changes over the years, not all of which she has been happy with. She feels the £2.50 per week ‘wage’ paid to customers meant “so much to them and they were mortified when they lost their wages.” Mary was also sceptical about the day services modernisation, fearing that it would be difficult for customers to maintain friendships and that staff shortages could be coped with more easily in larger centres. However, she is now a convert of the new way of working. In fact she was a driving force in setting up the community base at Calverlands which is unique in bringing together two services under one roof: one for people with a learning disability and the other for older people with dementia. However, some things have remained the same; Mary is proud that she was able to maintain continuity by being keyworker for 5 of her customers throughout much of her career and, in fact, has been Jill P’s keyworker since October 1985.

Not content with just doing the ‘day job’, Mary established many traditions such as starting the wonderful Christmas parties for customers at locations away from their day centres, taking groups to the Great Yorkshire Show each year and holding popular Race Days for the Grand National, Derby and Ascot Ladies Day. She helped raise a small fortune in fundraising events such as bonfire parties and discos outside normal working hours.

In June 2010 Mary and June reduced their hours to work part-time. June retired when the Horsforth centre closed but Mary moved initially to the Pudsey community base and then to Calverlands. Her plan was to retire in 2013 but, being a great supporter of the proposal to spin out of the Council, Mary decided to postpone this as she wanted to see “the service come safely out the other side.” Confident that “Aspire is just going to get better and better”, she finally feels the time is right for her to retire, though typically she does not intend to rest on her laurels. She and her recently retired partner Brian have just moved to a new home in Seaton Carew where they have a beautiful view of the sea. Mary has achieved Level 3 Palliative Care and intends to put this to good use by undertaking voluntary work at their local hospice.

Mary is a larger-than life character with a heart of gold. She has always had a great deal of respect for Les Birch’s style of engagement with customers. Never afraid to speak up for what she believes in, Mary has been a fantastic advocate for adults with learning disabilities over the years. She is respected by countless members of staff who have come and gone over the last 32+ years and adored by customers.

Everyone at Aspire wishes Mary a very long, healthy and happy retirement. However, it is the words of customers at Calverlands – written in a poem they presented to her yesterday (and which set her off crying again!) – that sum up what she means to them:

Just think of us when you look at the sea.
If you ever feel sad our love will be there.
I am what I am because of your care,
and the memories we shared will always be there. 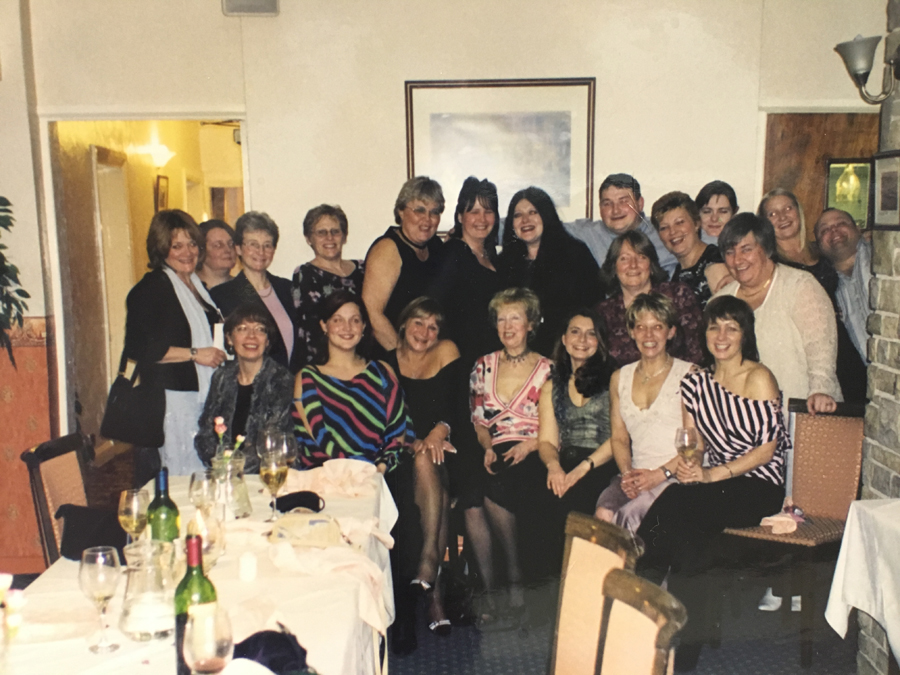 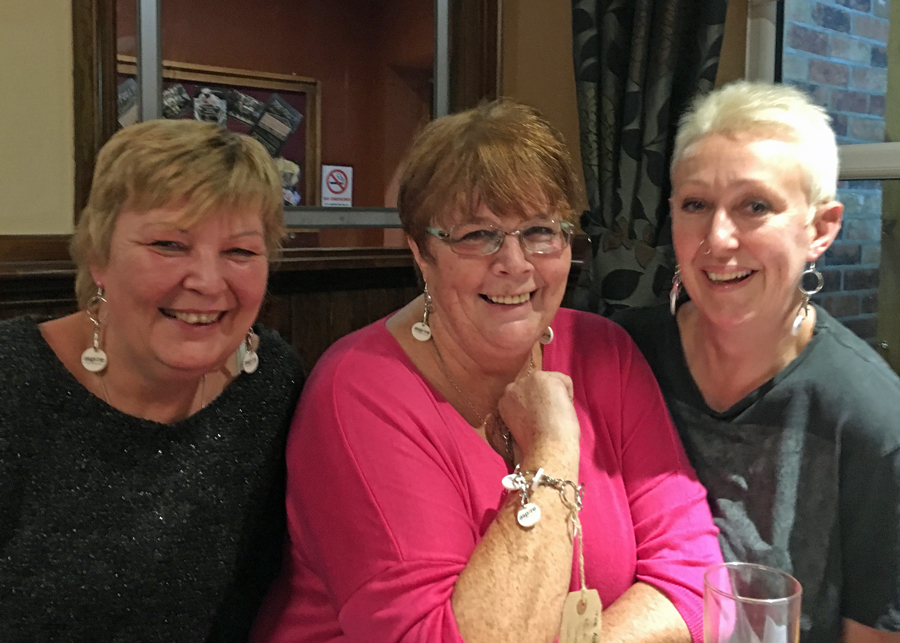 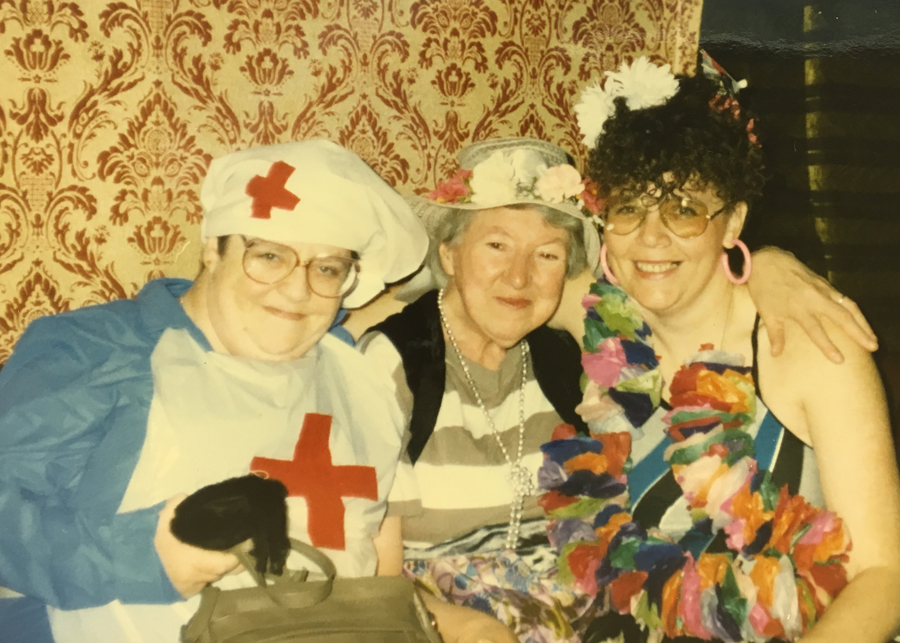 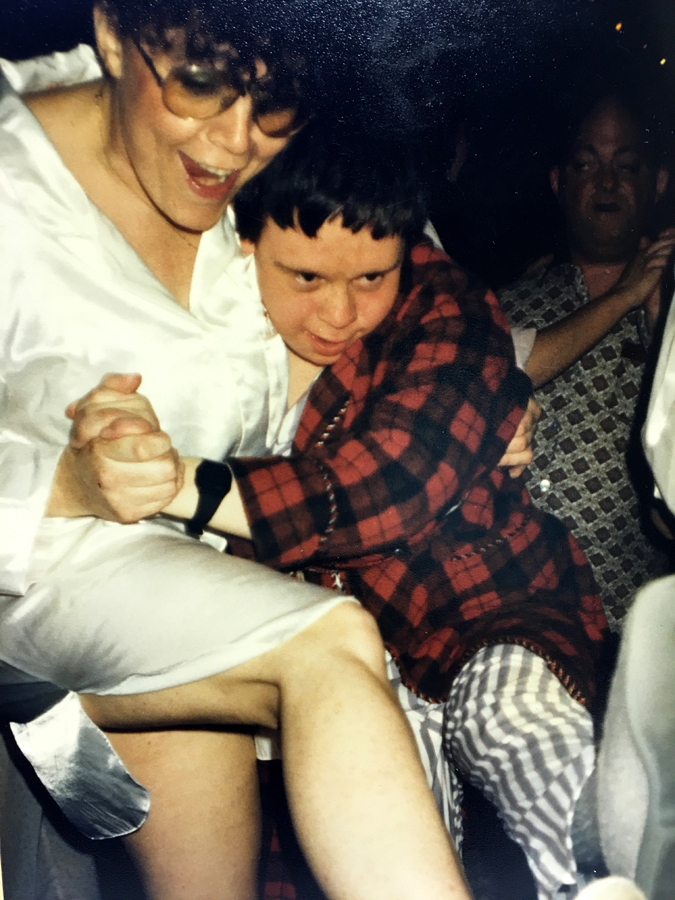